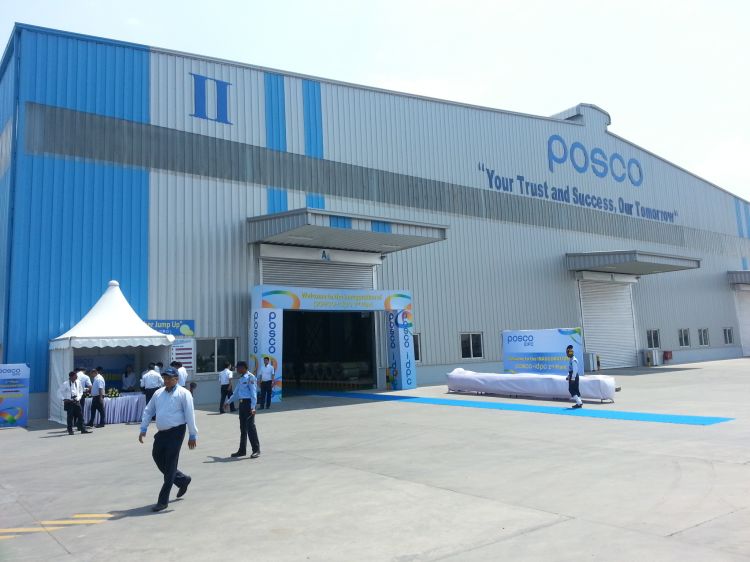 POSCO IDPC (India Delhi Processing Centre) inaugurated their 2nd plant on April 23rd,at their facility in BAWAL, Haryana (North india). TRAFOGRID members, L.A.E. S.r.l. & SACMA S.p.A. are proud to announce that the Slitting line for CRGO steel has been supplied by SACMA and the Core Cutting Line for transformer laminations has been supplied by L.A.E. S.r.l.. The slitting line from SACMA is suitable for slitting up to 1250mm width CRGO/CRNO AND CRCA coils, running at 200 mtr/min with a guarantee of burr level less than 12 microns. L.A.E has supplied their latest version of the TE-65, which is a core cutting line that can cut laminations upto 650mm width and is equipped with a new developed state of the art automatic stacking system.

POSCO is the fifth largest producer of steel in the world. POSCO IDPC, is the service centre established by POSCO in 2007, to cater to the needs of the automobile, home appliance and electrical transformer industry. POSCO is one of the most reputed producers of CRGO Coils in the world and with these machines from SACMA and L.A.E, POSCO IDPC is looking to cater to the growing market of transformer laminations in India.